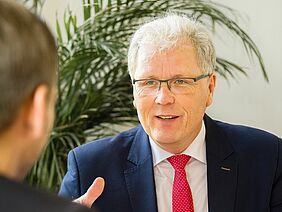 The Foundation Council of FiBL Switzerland has elected the new directorate: Knut Schmidtke, Marc Schärer and Lucius Tamm will take over the management of the Research Institute of Organic Agriculture (FiBL) from Urs Niggli as of 1 April 2020.

(Frick, 19.12.2019) Knut Schmidtke has been Prorector for Research and Development at the Dresden University of Applied Sciences (HTW) since 2015. He holds a doctorate in agronomy from the University of Göttingen. After visiting professorships in Vienna and Sapporo, Japan, he worked at HTW as a Professor of Organic Agriculture. The 57-year-old was elected as the Director for Research, Extension and Innovation by the FiBL Foundation Council on the recommendation of the recruiting committee in a broad-based process.

The directorate now consists of three people: in addition to Knut Schmidtke, FiBL staff members Marc Schärer, current Head of Administration and Finance, and Lucius Tamm, Head of the Department of Crop Sciences and current Deputy Director, have been appointed.

The new directorate will take over from Urs Niggli on 1 April 2020. Under his leadership, FiBL has developed over the past thirty years into one of the world's leading research institutions, with 280 employees in Switzerland, Germany, Austria, France and Brussels. 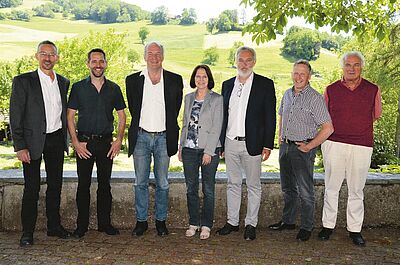