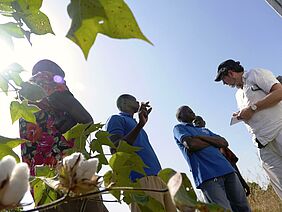 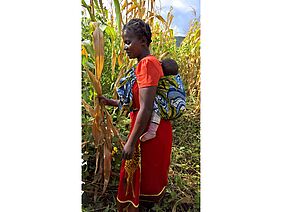 About 80 % of the world’s organic producers are smallholders in low- and middle-income countries. They are usually certified together as part of producer groups. This is the result of a recent study conducted by the Research Institute of Organic Agriculture (FiBL) in the framework of the SECO-funded project "Consolidation of Organic Certification Bodies / ConsCert".

(Frick, 28 March 2019) From a global perspective, smallholder farms play an important role in food production. Cocoa, coffee and cotton are primarily produced by smallholder farmers. Small farms in Africa, Asia and Latin America can only switch to organic farming because of group certification, as individual certification would be unaffordable. In the case of group certification, the individual farmers are certified via a so-called Internal Control System (ICS), which in turn is inspected by a third-party certification body. When the new Organic Regulation of the European Union comes into effect in 2021, the control systems will also be legally recognised for smallholder farmers in Europe. In 2018, FiBL conducted a study on the significance, opportunities and challenges of ICS-certified groups.

There are currently no official statistics on ICS-certified producer groups.  However, the study estimates that there are about 2.6 million organic producers in about 5,900 ICS groups with between 20 and 40,000 members per group in 58 countries (mainly in Africa, Asia and Latin America). The total area they cultivate is likely to be around 4.5 million hectares. Their number has increased significantly in recent years.

Better market access and effective knowledge sharing within the group

The study, for which around 100 local and international experts were interviewed, shows that the production of organic goods in organised producer groups has further advantages in addition to the reduction of certification costs. "Small farmers thus have better market access and can improve the quality of their products by exchanging knowledge about the principles of organic farming," says Florentine Meinshausen, the main author of the study and consultant at ISEAL, the umbrella organisation for sustainability standards.

However, it was also noted that there is a need to make regulation of group certification more concrete. More emphasis should also be placed on the internal training of farmers within the groups on good practices in organic production. "More investment in research and training for farmers and better use of the collected production data for advisory services will help improve group certification," explains Beate Huber, initiator of the study and head of the Department of International Cooperation at FiBL. Due to identified differences in certification practices, the authors also recommend better training for certification bodies and harmonising guidelines.

The study "Group Certification - Internal Control Systems in Organic Agriculture: Significance, Opportunities and Challenges" can be downloaded for free at

The study was financially supported by the Swiss State Secretariat for Economic Affairs (SECO).