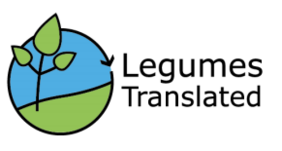 More than thirty science and business leaders met in Vienna this week to launch Legumes Translated, a new thematic network funded under Horizon 2020, the European Union´s research and innovation programme. Globally, legume crops such as pea, field bean and soybean are essential to our plant protein supplies. Even though these crops bring many advantages for farming systems, they are under-utilised on European farms. This causes unbalanced farming systems in Europe and a European deficit in protein with global consequences. FiBL is a partner in the project.

The key objective of Legumes Translated - Translating knowledge for legumebased farming for feed and food systems - is to provide a knowledge platform to support the production and use of European grain legume crops. Hosted by the Donau Soja organisation, the consortium of 18 organisations from nine countries met in Vienna to plan the work of the project. They represent hundreds of farms and other businesses in a network of local groups. The overall purpose is to drive improvement by better linking innovators, especially farmers, and research scientists.

The project was initiated by Donau Soja, whose aim is to support the sustainable development of Europe’s farming and food businesses by improving the production and use of protein for European consumers. The President of Donau Soja, Mr Matthias Krön welcomed the project consortium to Vienna: "Donau Soja decided three years ago that playing a leading role in research and innovation was essential to our goal: a sustainable and European protein supply. Legumes Translated includes leading scientists in this area and the consortium has proven itself to be determined to succeed. As a driver of innovation, we in Donau Soja look forward to our work in the consortium and the fruitful interactions that Legumes Translated now supports.”

The project is coordinated by Professor Jens Dauber at the Institute for Biodiversity at the Thuenen Institute in Germany. He highlighted the value of direct access to the insights and knowledge of farmers and other innovators that the project will systematically access and support. He said "The project is designed to enable systematic interaction between researchers and farmers as well as other value chain businesses. This network will allow scientists refine their understanding of these systems using insights from practice while supporting more robust assessments of environmental effects."

Dr Donal Murphy-Bokern from Lohne in Germany, who led the planning of the project and is the project’s science coordinator, said: "The European Union makes a very substantial investment in research and innovation for the agri-food sector. Translating research into support for innovators is essential if the EU programme is to live up to its promise. Legumes Translated is particularly noteworthy as the first thematic network in this area and the EU’s first significant investment in research and innovation in soybean production. Led from central Europe, it is also unusual in how it links eastern and western Europe."

Legumes Translated - Translating knowledge for legume-based farming for feed and food systems - supports innovation in grain legume-supported cropping systems and value-chains by linking sources and users of quality-assured knowledge using rigorous knowledge synthesis and compilation. Knowledge is compiled at two levels: at the level of Actor Groups’ specific farming system and value chain activities, and in seven technical areas of agricultural sector and value-chain transition (Transition Networks). The project addresses an urgent need and an opportunity at the same time. The urgent need is due to the imbalance in cropping systems now dominated by cereal crops with adverse agronomic and environmental effects. The opportunity arises from the growing demand for alternative sources of plant protein, growing consumer interest in the environmental impact and resource efficiency of value chains, growing demand for GMO-free value chains and grain legume-based foods. The project will work with a range of 15 innovation groups in Europe that are now translating relevant knowledge at a local and regional level. In addition to direct interaction between partners, an extensive range of primary communications provided in an internet-based knowledge platform (The Legume Hub) will have a lasting character documenting the work. Secondary communications will target specific groups along value chains using a wide range of media. The project includes work for impact beyond the project time frame. The consortium will invest a total of 2.16 million Euros supported by a grant of 2.00 million from the EU.

More information about the project can be found at the European Union´s Cordis website at https://cordis.europa.eu/project/rcn/218512_en.html The project website legumes-translated.eu will be launched in early 2019.

The project Legumes Translated - Translating knowledge for legume-based farming for feed and food systems is supported by the European Union's HORIZON 2020 research and innovation programme under the Grant Agreement no 817634.